For smaller indoor activities, Layher has the  Zifa room rolling tower  in the range.

What are you looking for? 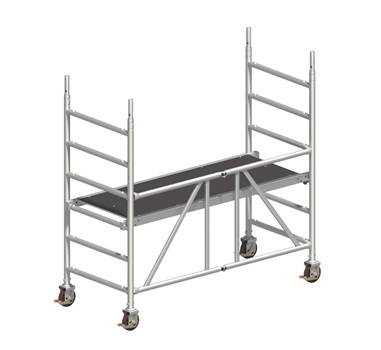 For repair and maintenance at heights tools and space are often required. To execute these actions from ladders is not safe and therefore not allowed. The Layher rolling tower is ideal for this type of work.

This rolling tower with a small work floor of 1.80 m long is very suitable for work in places where space is limited.

This rolling tower has a wide work floor and due to its length of 1.80 m it is very suitable for work in places where space is limited.

This robust rolling tower has a long work floor. As a result, the user has a larger working area with the advantage that the tower must be moved less frequently. 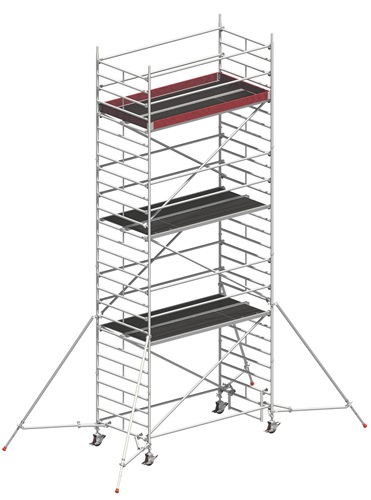 The most used rolling tower. This robust rolling tower has a large work floor. As a result, the user has a larger working area with the advantage that the tower must be moved less frequently. The Uni 285 x 150 can be built outside to a working height of 6.5 m without side supports.

The SoloTower from Layher is a small rolling tower that can be assembled quickly, safely and easily by a single person, up to a working height of 6.15 metres.


Current industrial safety regulations for working at heights are increasingly restricting the use of ladders. These regulations are frequently detrimental to the profitability of businesses. Previously, businesses have had to plan with high-volume work platforms. The result is a major logistic effort, plus an increased personnel requirement of at least two persons. This additional economic burden is avoided by using the SoloTower. Thanks to its compact dimensions, the SoloTower can be transported to its place of use in normal commercial vans or trucks. Transport and assembly can be handled by a single person all the way 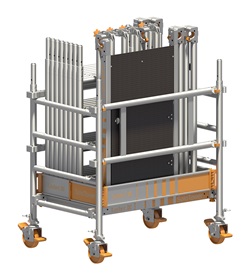 THE BENEFITS FOR YOU AT A GLANCE 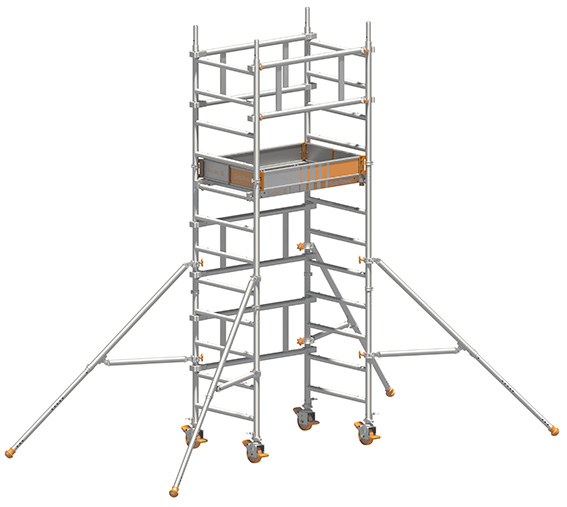 Why a Layher rolling tower:

What do I need?

Parts and quantities depend on the work. For more information, see Rolling towers documentation or contact us for customized advice.

What are you looking for?